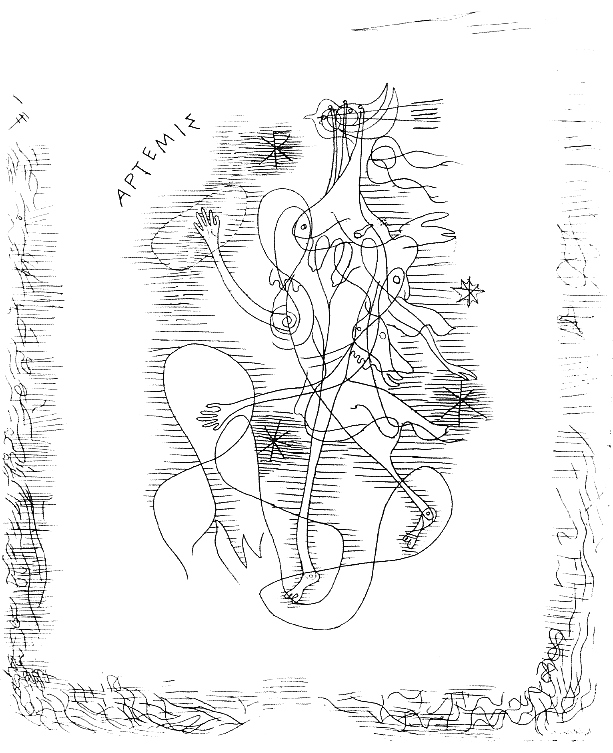 Brice’s first experiments with book illustration were published as photomechanical reproductions of line drawings, which illuminated the writings of his friend Jascha Kessler. For many years the artist had known this eminent author of prose and verse, who is professor of English and twentieth-century American and British literature at UCLA. The depth of their rapport is apparent in Kessler’s conversational interview with Brice, which appeared in Art International in 1979, the year of their first collaboration, on Kessler’s book Bearing Gifts. The artist executed another group of classicizing drawings, fifteen of which were reproduced in Kessler’s Transmigrations in 1985. The economy of means and depth of content in these images is reminiscent of Picasso’s simple and eloquent intaglio illustrations for Carmen (1949) and Corps perdu (1949-50).