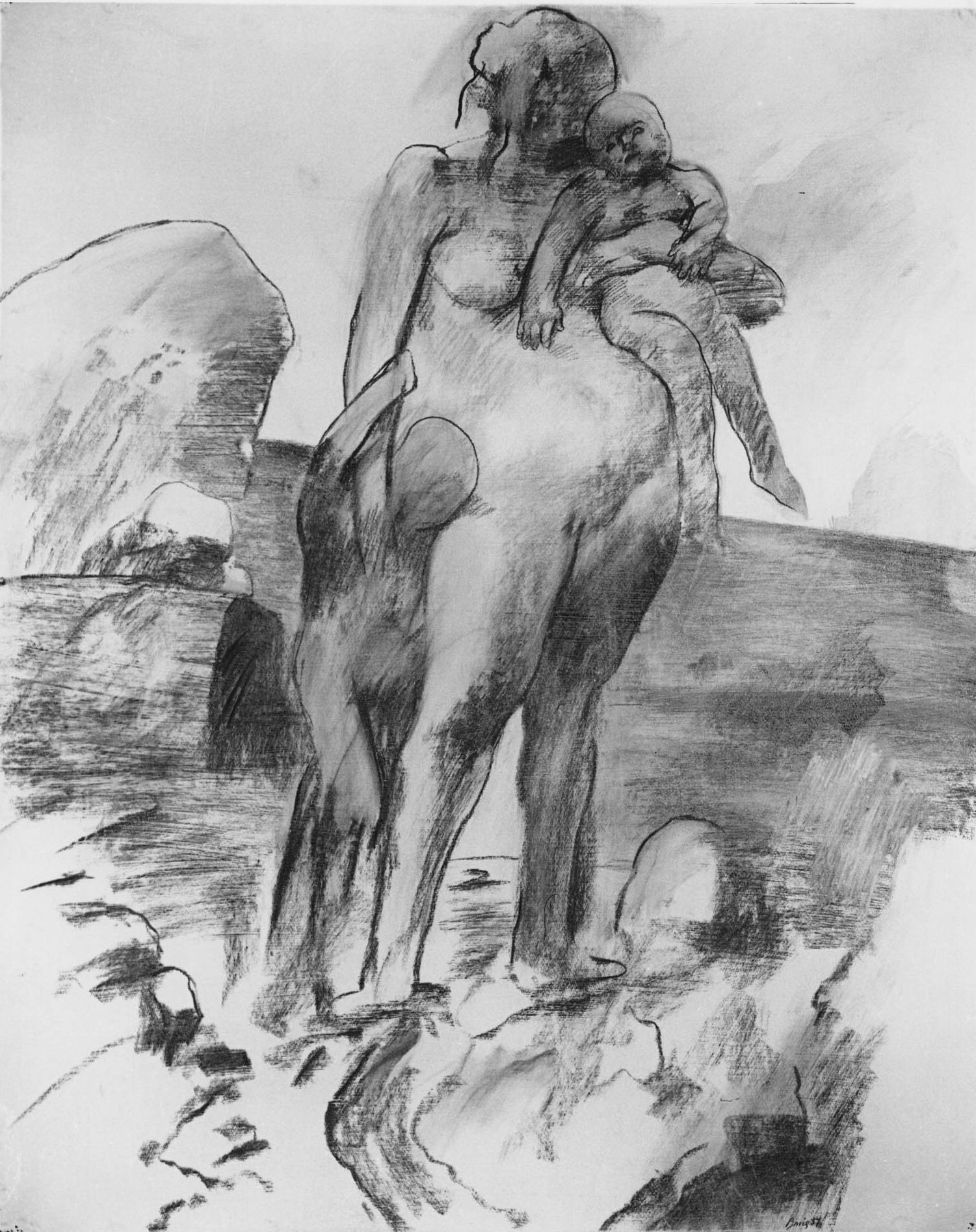 Inside, a clerestory lights one end of the rectangular living room and a suite of large, starkly mullioned windows directs the eye out to the yard (figure 6). Neutra’s penchant for using architecturally defined outdoor vistas as focal points for his interiors is clearly evident. Something akin to this melding of architecture and landscape happens in Interior II, 1963-64 (plate 11). The corner of a light-filled orange room offers views through two windows—one to an undistinguished path and greensward, the other to two partial and enigmatically posed figures. The orange, pink, blue, and purple hues of the painting evince Brice’s late-blooming interest in Matisse, as do the patterned floor and chair cushions. It is typical of Brice’s restraint at this point that the figures are placed outside the intimacy of the confined architectural space and so ambiguously drawn as to be genderless. While successfully producing the visual “temperature” he admires in Matisse’s work, Brice empties it, rendering the space neutral, even melancholic.