4 of 5
When, in the fall of 1969, he painted the small, grisaille picture with the archaic carved stone head and other architectural shards interspersed with areas of brightly evocative color, Brice unwittingly hit upon the catalyst he needed.
Soon, the brilliant Aegean sunlight would reinforce Brice’s Mulholland era discovery that “things were malleable”; in Greece, light rendered stone visually liquid and gave water a palpable tactility. Brice felt distinct states of sensation in the light’s effects, and he stored them in memory in hopes of provoking comparable sensations in his paintings. He took photographs, almost at random, of countless architectural shards among classical ruins, as well as of the aqueous horizons (figure 8). Greece reinforced, too, the range of primal subjects on which he had earlier settled: female and male anatomy, rock, sky, and water. As he gradually moved into a more abstract mode, these basic elements became what Brice himself refers to as “subject references.”
Perhaps the most important new factor in Brice’s increasingly subjective and dislocated vision was the stone fragments that he had drawn—tentatively while in London, and with ardor after returning from Greece. They manifested many of his longtime concerns for saturated color, for evocative plastic form, and for a sense of temporality. These stone shards were the remnants of an ancient order—at once generic and part of a distant epoch’s immutable reality. London could offer only clinical examples from a limited number of ruins; in Greece, ancient architectural fragments are scattered across the landscape. California, of course, had literally nothing comparable. Brice’s expanding use of this motif brought about a final separation from the specificity of his southern California locale. Just as he had consistently used the naked human form to avoid the chronological specificity implied by clothes and fashion, he now emptied the landscape of such botanical landmarks as eucalyptus forms. The work consciously assumes a timelessness as his compositions became more fantastic, rather than topological. Body parts dissociated at the same time; he understood the transition as a question of integrating and balancing figures with environment.
“The treatment of the environments became increasingly different from the treatment of the figure. I was drawn to what was happening in the environments. I felt that the whole figure in retaining its anatomical logic conveyed a different condition of existence.”
Brice’s first structural model was the post-and-lintel system of classical architecture. Drawings inspired by ruin fragments led, in turn, to other drawings of anatomical ones, somewhat in the tradition of the earlier drawing Nocturnal Fragments. In the newer works he separated various parts of the anatomy and made them more distinct. For the moment at least, Brice’s forms gained a new weightiness and illusionistic solidity. The suggested mass rarely contravened the essential flatness that had characterized Brice’s work since the 1960s. It meant, however, that forms began to relate to one another differently than before, often stacked or leaning. He recalls: “In the first paintings after Greece there was a tendency to have, if not anatomical logic, architectonic logic—one form could be believed to rest on another, or interlock with another, or rest on a base.” The physical dependency implied in these compositions is at odds with the overwhelming isolation that marks paintings of the early 1960s; it seems that Brice’s reflex towards the melancholic was ameliorating.
The first few years of the 1970s were active ones for Brice, even though he chose not to show his rapidly developing work. 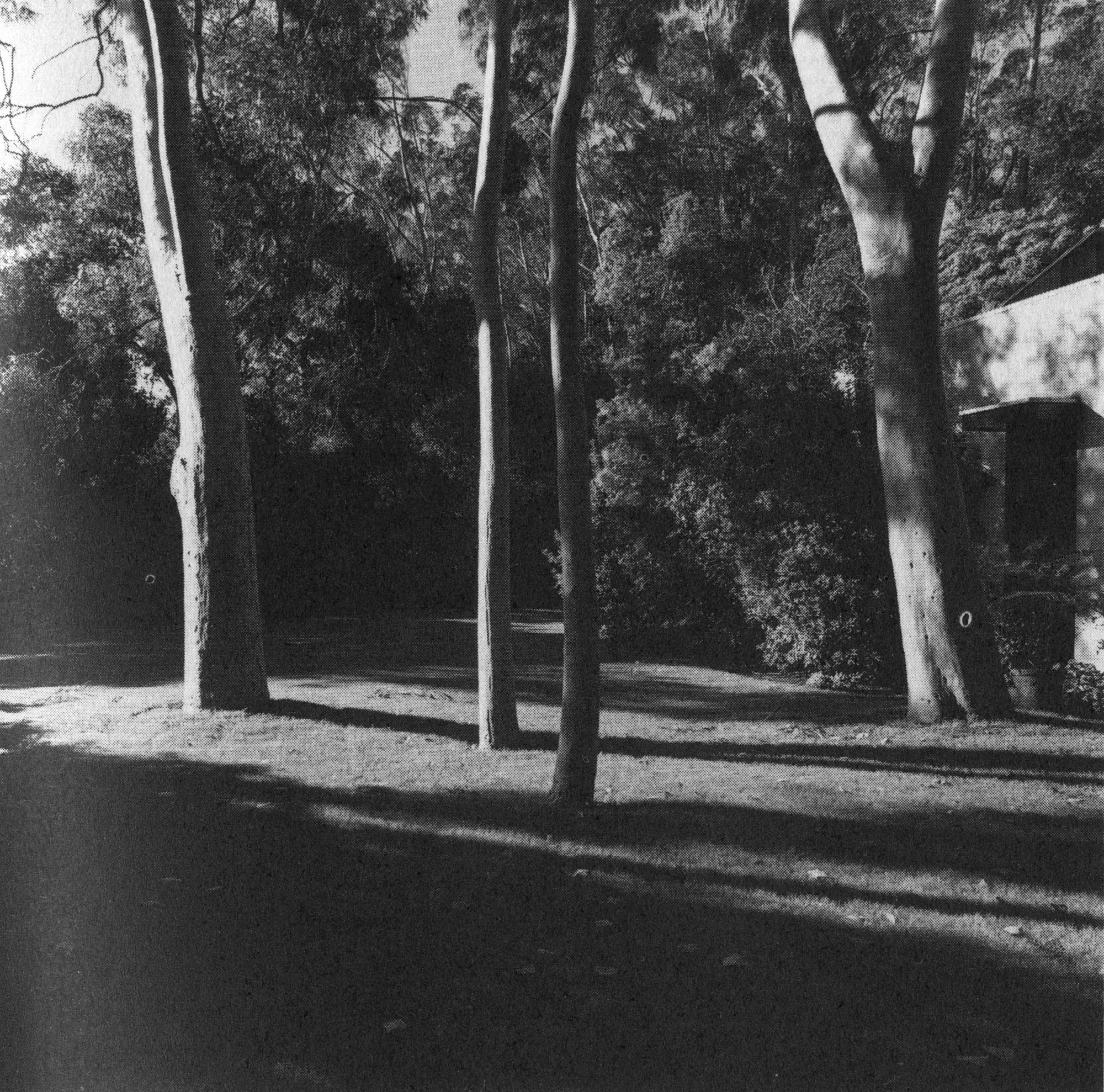 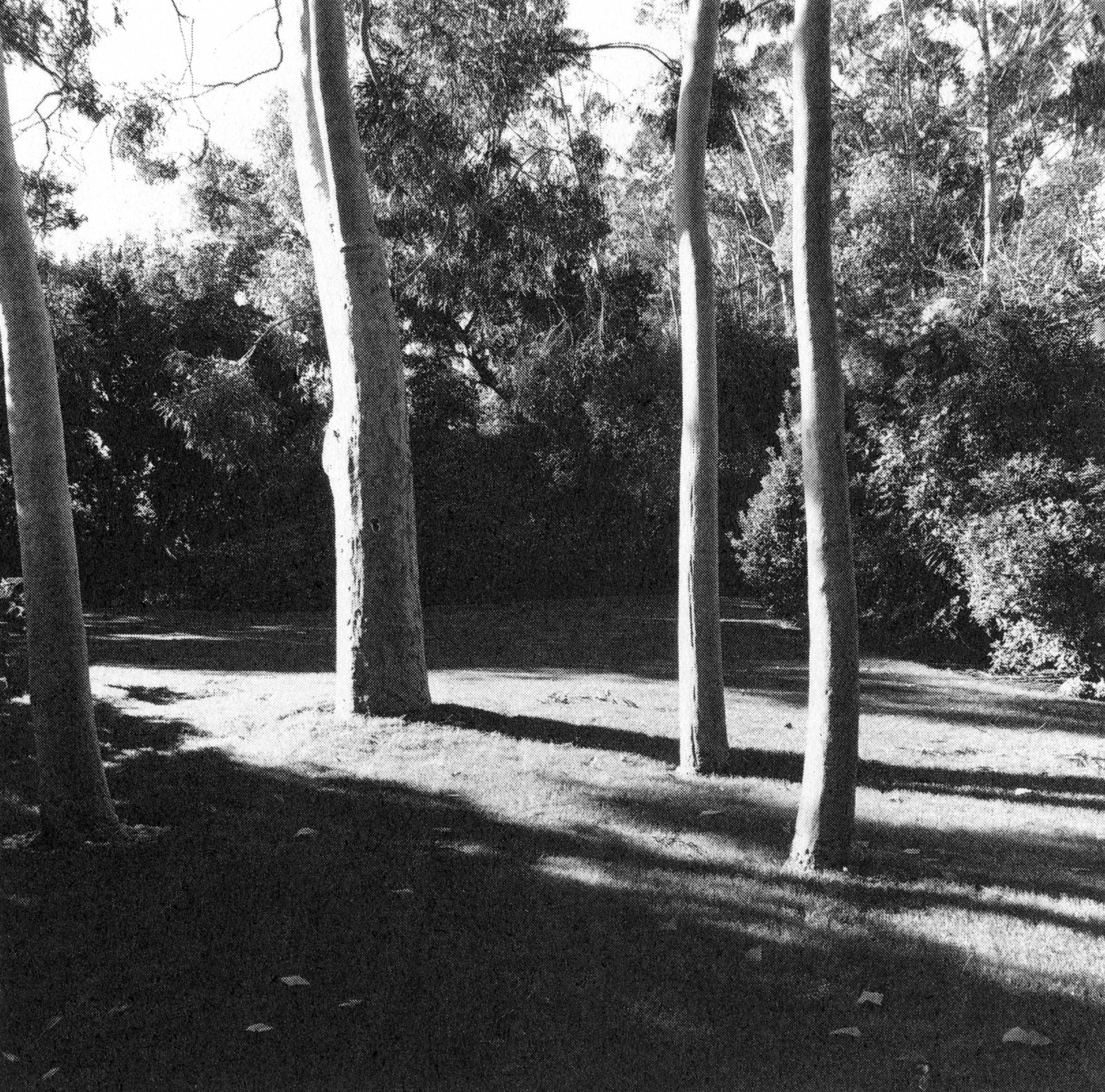 Working in seclusion, Brice appears to have been fully conscious of the import of his new mode: with the abandonment of a recognizable figure to wholly imaginative symbols, Brice removed a veil of aesthetic distance between object and viewer. The word “pose” in its connotation of an activity outside the norm, one with no further significance than visual pleasure, epitomizes this veil. Ultimately, Brice’s earlier paintings could be naturalized as “art.” In turning to symbols, he moved to a supra-normal category of visual distillation. Unless the images are widely persuasive at some primordial level of comprehension, they fail. The magnitude of such a task required Brice’s fullest concentration over an extended period.

Thus, even by 1973, as a small untitled painting (plate 15) of that year shows, Brice is still only partially capable of producing a symbolical canvas. A female torso and other less legible fragments co-exist in a perspectively deep ground. The painting loses potency in direct proportion to its conformity to traditional visual logic, though it is an important transition from the old to the new universe Brice depicts. By the following year, as another small untitled canvas (figure 9) evinces, Brice is able to establish a more convincing ambience for his forms. Here, two “personages,” one a tripartite green arrangement, the other a bulky three-part pink ensemble, cohabitate with a hollowed out triangular form and a petite, simple white column on a glowing amber ground. The proximity of this pair of forms implies a sexual identity for each, but the painting succeeds in its ability to manifest itself first as an engaging green abstraction, and then as a possible locus for implied, rather than explicit, narration. Color considerably complicates the overall unity of these first efforts as they tend to dissolve into unrelated masses. In adopting a purely grisaille palette, as Brice did during much of 1975, he accelerated his trajectory into abstraction.
In both the small size and overall greyness, the suite of 1975-76 paintings shown here reiterates the importance of drawing to Brice’s artistic practice. The surface of these small paintings, done on sand-coated emery cloth, retains some of the tooth characteristic of his works on paper. Brice’s extreme sensitivity to materials and to surface is seldom more apparent than in the closely related drawings and paintings of this period. The forms built up of compressed charcoal in the drawings lend themselves to the modeling and detailed skin of the paintings. In such drawings as Untitled, 1975 (plate 35), and Untitled, 1976 (plate 34), Brice, for the first time, pulls the subject to the front of the sheet in a fully confrontational and frontal position. Little attempt is made at providing an ambient space. Instead, we are obliged to see clearly and without complications what Brice is making out of his stone-like elements. The companion untitled paintings show Brice transferring, in stages, the radical candor of the drawings to the medium of oil on emery cloth. The earliest of the paintings (plate 23) is divided horizontally as two “busts” lean into one another above, while below two balls and a cylinder are directed towards a bulbous belly. Between them hovers an ambiguous oval. If the erotic connotations of this drawing seem slightly obscure, there is no mistaking the explicit, innate connotations of another painting of the same year (plate 19). In this work, the balls, joined by a larger head, adhere to the cylinder, now transformed into a column. Another, less idealized, rough-hewn column stands adjacent, its head a triangle marked with a vertical line: that small opening is as powerfully charged as the brightly colored, vaginal scars of earlier paintings.
Even in the less erotically explicit work of this time, Brice achieves a corporeal reality that resembles, as much as anything, the monumental women Picasso painted in the early 1920s as his double homage to the sculpture of Roman antiquity and the female sex. Brice’s forms often seem surrealistic in their familiarity, and they recall Picasso’s strongly erotic forays into this sensibility during the 1930s, when he submitted his beloved female bathers to a petrification of flesh. Brice had at last found a mode sufficiently elastic and personal to accommodate information he had absorbed during his study of Picasso’s oeuvre over the course of thirty years.