When looked at retrospectively, the art of William Brice, may be seen to evince one man’s aspiration to intuit an anatomy of the world, an atlas of understanding the workings of human life, a cosmology of human experience, a metaphysics of human existence. It is true that Brice has publically stated that he has always “been loath to verbalize” about his art because he had always experienced the activity of making it as a process of discovery and never as a direct path to preconceived goals or results. Yet it is also true that there is much to contemplate and conjecture about—both verbally and conceptually—in his art. These website commentaries proffer some observations on the scope and depth of Brice’s art and its continually unfolding subjects and themes.

A perceptible artistic journey leads from his early experiments in representational art—mostly figurative, but with a healthy quotient of still-lifes and landscapes as well—to his late, grandly imposing painted pictograms that read like icons or hieroglyphs representing universal life forces. Throughout, there is an ongoing colloquy among such overarching “dualities” of existence as life and death; matter and spirit; present and past; permanence and impermanence; male and female; love and alienation; the whole and its parts; and the physical world and what (if anything) exists beyond our material universe.

Through his artistic evolution, Brice’s work eventually seems to approach these “dualities”, not as contradictory opposites but rather as polarities that form a unified, seamless continuum of inseparable existential truths. The continuum itself is the unifying force that articulates the exquisite and monumental tensions that pervade Brice’s art; and Brice embodies them in a visual vocabulary that is at once conceptually profound and formally lyrical.

Through this overview of his artistic development, Brice emerges an enigmatic, somewhat lone figure in the art history of the latter twentieth century. Though he was a widely revered teacher in the art department at University of California, Los Angeles—and was an early mentor to many students who went on to become prominent in the early burgeoning of the Los Angeles artist community—Brice kept his own company in the quiet evolution of his art. He pursued his own particular vision while consecutive periods of abstract expressionism, post-painterly abstraction, pop art, minimalism, and conceptual art dominated the art world, yet he participated in none of them. And when the hegemony of such prevailing movements gave way in the 1970’s to the pluralistic international free-for-all that then was fervently dubbed post-modernism, Brice maintained his own steady venture that generated more from his solitary studio practice than from the riptides and giddy sense of newfound liberation in the art world at large.

In the final analysis, William Brice remains a singular practitioner, a unique creative eminence within the galaxy of late modern art, astutely aware of his contemporaries’ endeavors and accomplishments, yet ever following his own intellect and intuition. He undertook a personal journey in his art marked by substantial stylistic and formal evolution and marked as well by a wide emotional range—variously somber, sinister, erotic, lyrical, spiritual—revealed through consistently recurring themes and motifs over a period of decades. His oeuvre constitutes a pictorial portrait of one man’s mindscape. This pictorial website, together with its commentaries and biographical sketches, explores the full compass of William Brice’s distinctive creative life.

The matrix of Brice’s images and themes—especially those dealing with psychological and physical human relationships—is notably consistent throughout his oeuvre. There is nevertheless a discernable trajectory within his artistic development, which may have less to do with an ongoing introduction of new and varied subject matter than with his inner creative process: his instinct and then apprehension for what he wanted to draw and paint “about” in any period of his artistic production; how to start a given work; how to “flesh it out”; how to know when his artistic intentions have been fulfilled and a work completed. These concerns, which every serious artist faces, are highly intuitive and hardly susceptible to methodical analysis. But it is possible to observe an evolution to Brice’s art and to speculate about the progression of his creative patterns. 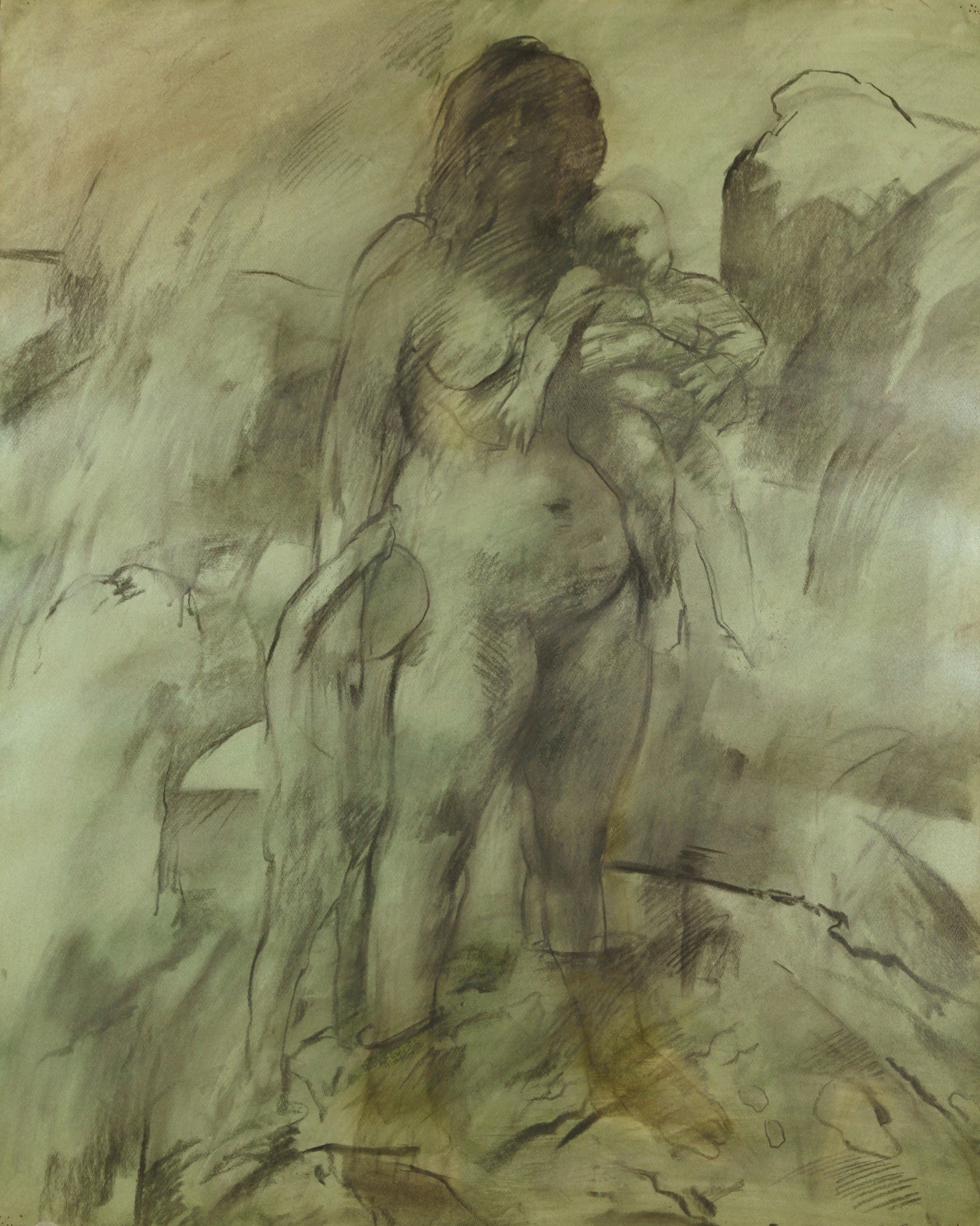 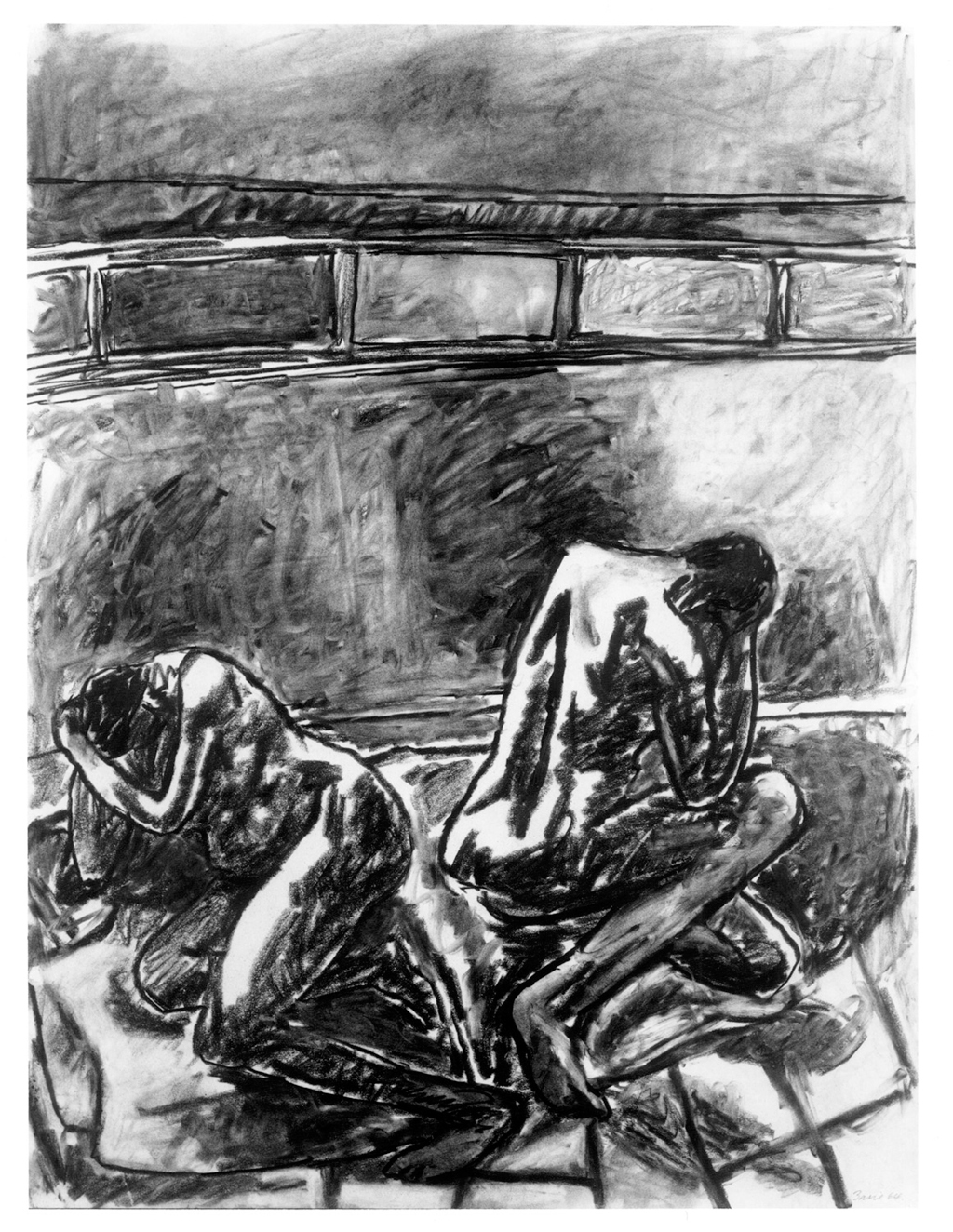 By the mid- to late-1960’s, Brice’s art took a turn toward a psychologically darker and brooding mood—to the expressionistic. The topics often focused on apartness, alienation, and one senses, futility. His earlier images of idealized physical and emotional harmony yielded to a sense of the inherent existential separateness, which Brice’s work of this period seems to acknowledge as another “fact of life”.

However, in the 1970’s and 80’s, the work’s emotionally despairing spirit modulated into a more philosophical rumination on the ‘forces’ of the male and the female as well as on the inherent tension between 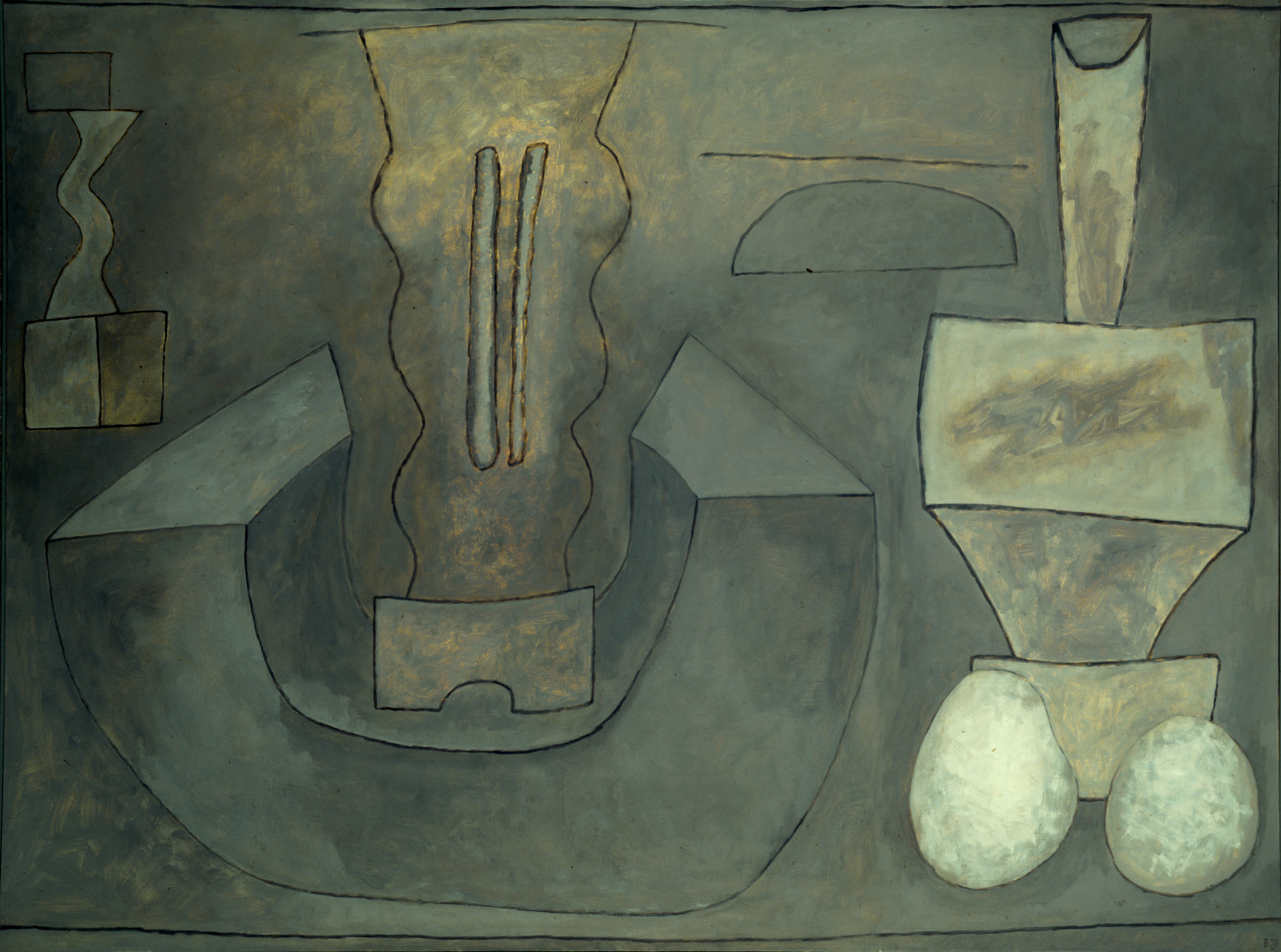 desire and the innate differences within intimate relationships. Coinciding with this mood change is an abrupt break from depicting figurative and natural subjects in the outer world to works that feature invented icons—fragments of male and female body parts, depicted as architectural shards (quoted from antiquity) appear as if carved out of stone, and are often ‘share space’ with citations of natural elements.  All hover in anonymous, unexplained worlds that lack a sense of gravitational rationality.

Explorations of relationships remain the work’s topic, especially male and female. However, added to the mix, are interactions with selected, essential elements of nature that similarly increasingly appear like 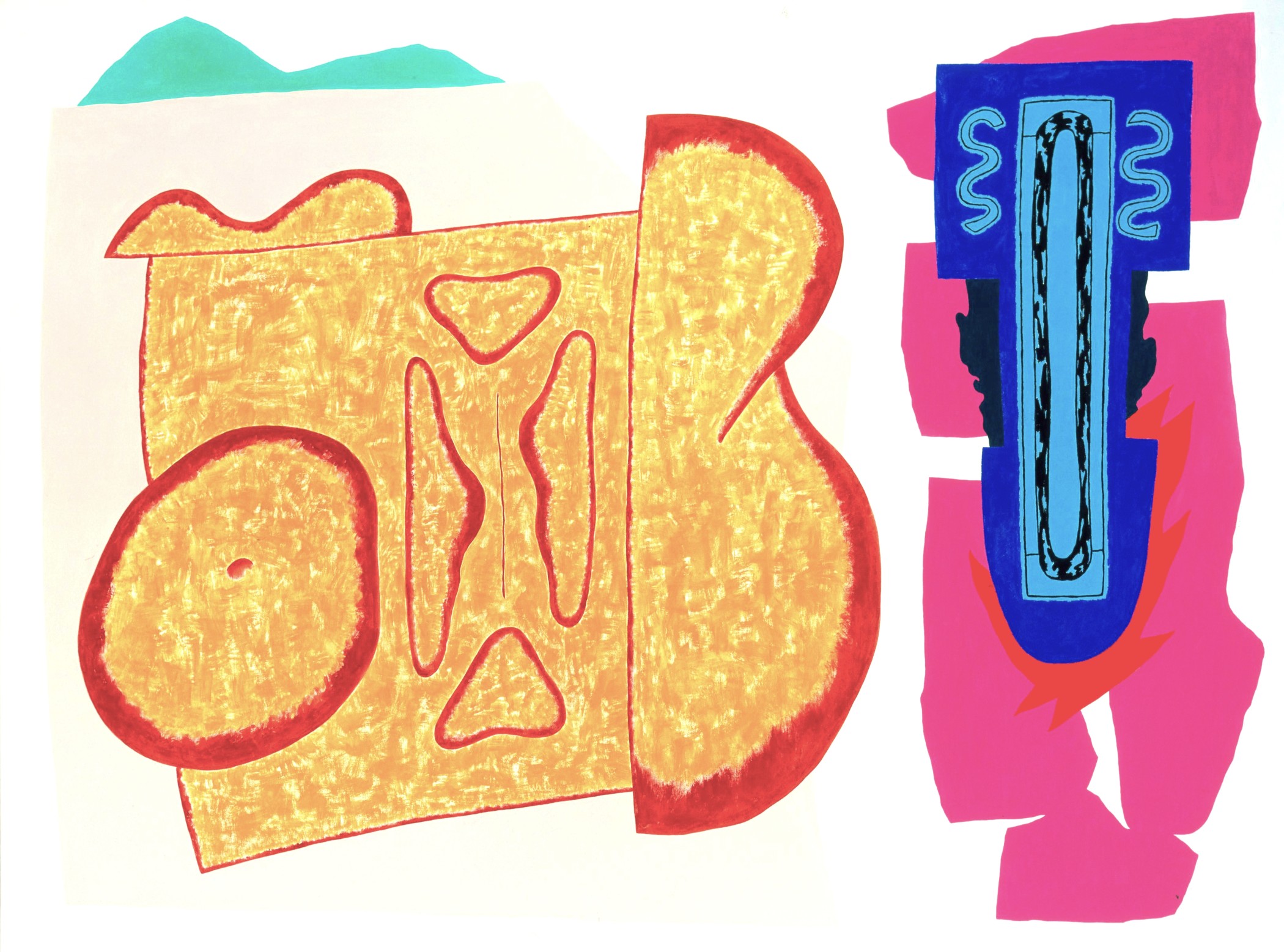 iconic citations. Brice seems to be querying fundamental, universal truths about gender and sex, life and death, spirit and matter, etc. John Brice surmises his father recognized that since he could not change elemental aspects of his inner life, “he began to change the way he looked at them and what he expected from them.  He became less overtly emotional and more philosophical, and so did his work.  In it, he began to explore the powers that undergirded his intense desires and conflicts.” By the 1980’s, the work appears to become lighter in spirit, even buoyant.