As he became aware of the ramifications of his “instinct” for allegory, his interest in allegorical presentation became more conscious.

Thus, his tableau-like compositions from his much later “Greek period” with their depictions of monumental male and female torsos, strangely composed from “invented” representations of classical architectural fragments, evoke a form of biomorphic reality with images of a very different material reality.  Throughout his artistic development and across the continuum of styles he explored, Brice suggested his sense of meaning through such allegorical imagery, whose implications are at once allusive and illusive. 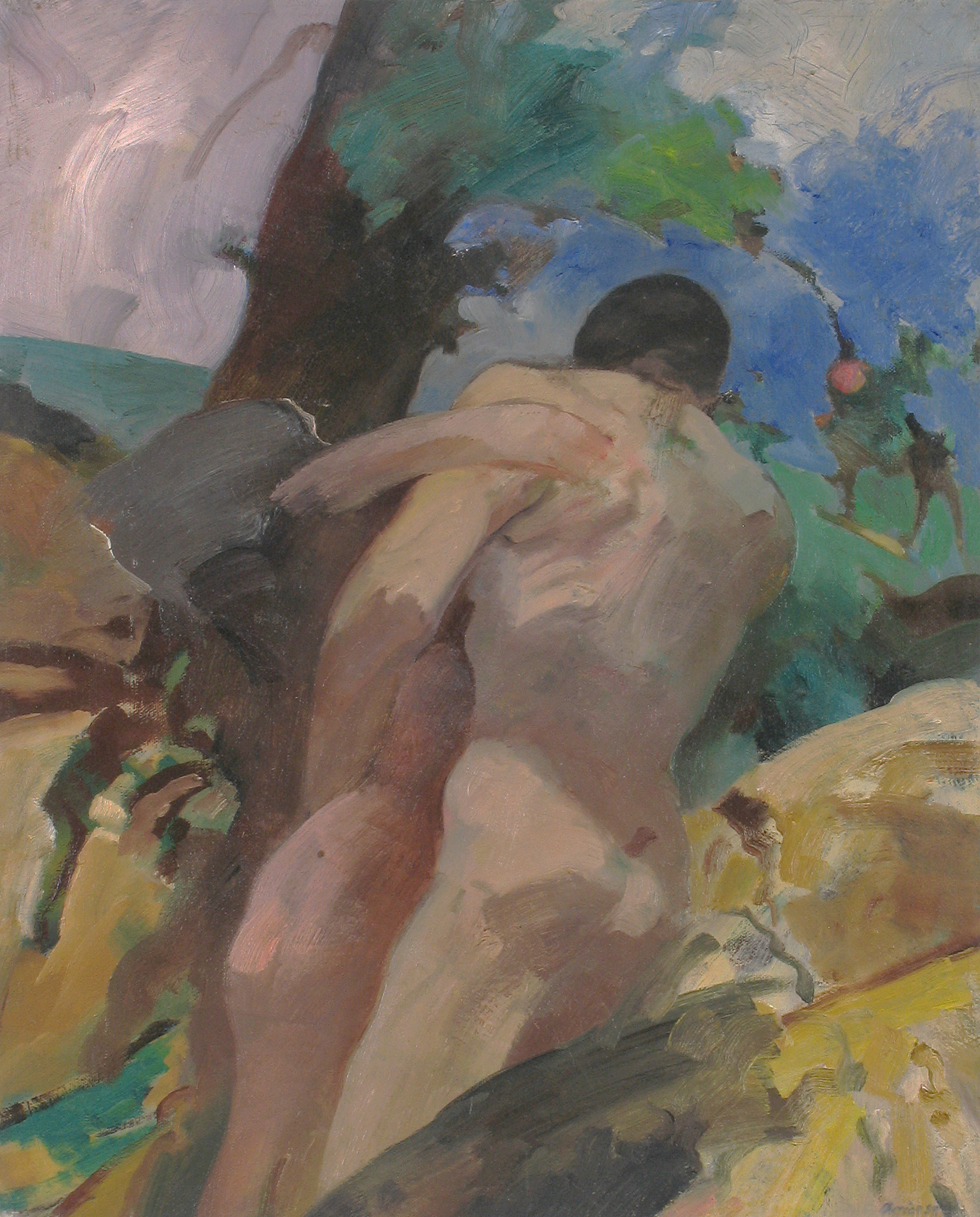 Love and loss, togetherness and estrangement are pervasive themes in Brice’s oeuvre.  A recurring motif, or perhaps a preoccupation for Brice, is the depiction of a man and a woman, usually nude, in the same painted or drawn scenario.  Nude couples appear early in Brice’s art, as far back as the 1950’s, and they abide through his late work.  But his emotional and philosophical approach to his depictions evolved over the decades.  In early canvases, Brice’s couples often appear in naturalistic settings, as the embracing male and female nudes surrounded by trees and rugged rock in Figures in a Landscape (1959). The painting is plainly a celebratory paean to romantic union and erotic love.

By 1961 the rendering of such couples has a more ominous cast: Three Figures (1961) features a nude couple, their faces obscured and not embracing, on an empty beach, desolate except for the presence of a large dark rock looming nearby like an encroaching menace.  By 1963, explicitly isolated figures, male and female, begin to populate his pictures, as in Figure and Cloud or Untitled of the same year. 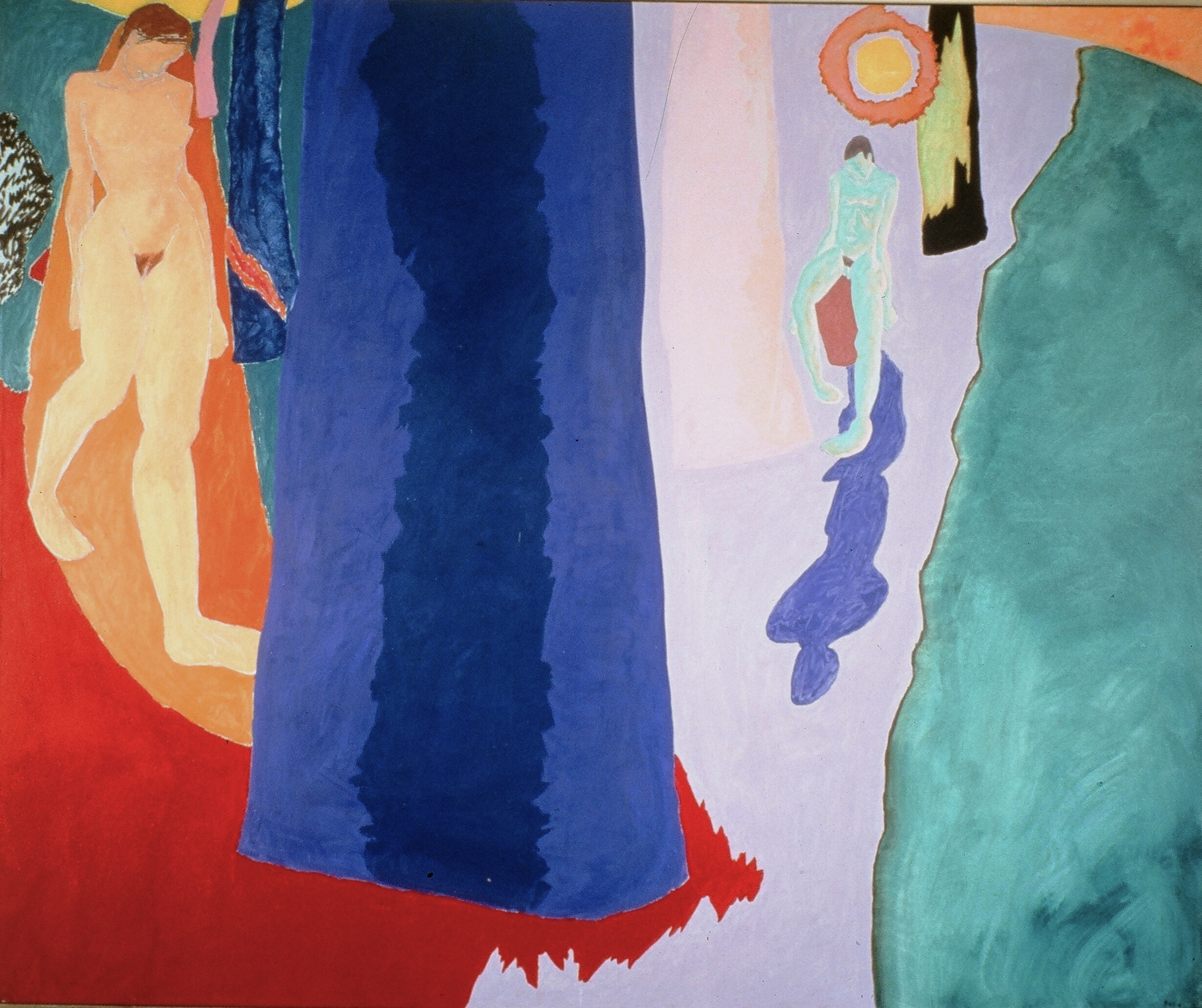 Gradually a sense of isolation and perhaps estrangement between couples came to literally shape Brice’s compositions: very often, the figures are revealed in separate spaces within the same picture, as in Two Figures (1965-66).  It would be likely for a viewer to presume a male and female nudes in an artwork to be couple, married or perhaps lovers.  Yet, in Brice’s works, the couple is frequently separated by a visual blockade—a wall, a tree, even a bed—that situates them apart rather than together.  Their physical apartness does not seem to suggest a mere physical disengagement so much as it implies a more profound separateness, not unlike Jan van Eyck’s rendering of Adam and Eve after the fall, represented as separate panels in a diptych of the Ghent Altarpiece (1432).  Increasingly, solitary figures became a familiar lonely presence, as the 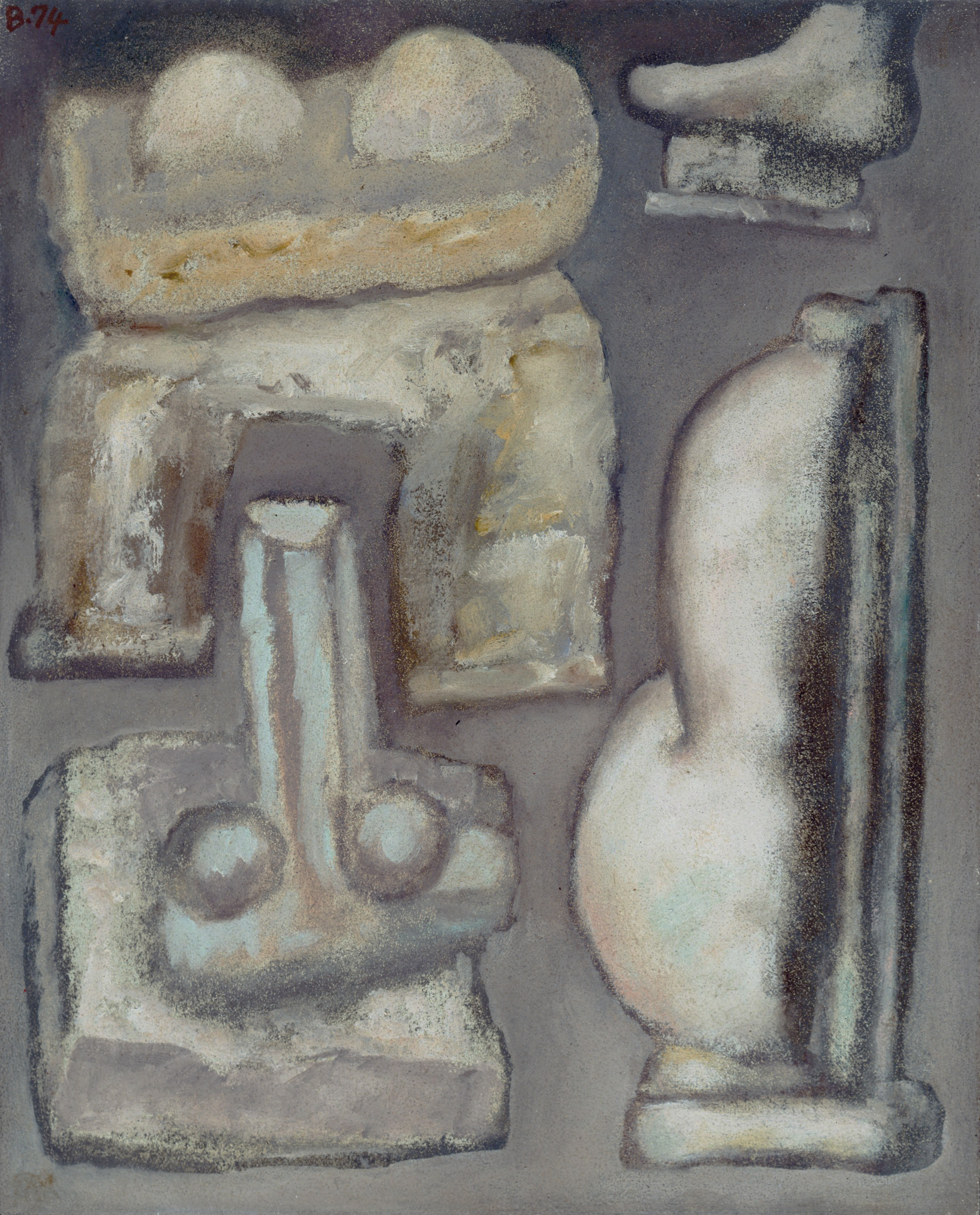 Throughout the 1970’s, Brice scarcely depicted persons but made monumentalized, highly stylized images of human-like body parts rendered as fragments of classical statuary—reflecting the striking influence of his travel to ancient Greek ruins.  These works were often very suggestive of sexual activity, but collectively they seem to comprise an ongoing enquiry into the possibilities and “truths” of relationships, of the nature and fact of sexuality, and of human agency.