6 of 6
CL: Did the experience of being in the country affect your work…were you there two weeks?
WB: No, but it may in the future. We were there three weeks in all, and we did have an opportunity to travel through the countryside. I think Japan, for someone who has never been there, has enormous impact. Most people I know who go there, speak very enthusiastically about it when they return, because it is so definite in its character. I remember when I went to Greece, that although I couldn’t speak or read the language, I still felt I had a familiarity with the culture, since ours is built on it. But when I went to Japan, that wasn’t the case—not the language spoken, not the language written, nor the religions, mores, or societal values.
CL: Do you think the Western emphasis upon the individual, especially as it pertains to being an artist, prevents the Japanese from really understanding and appreciating Western art? 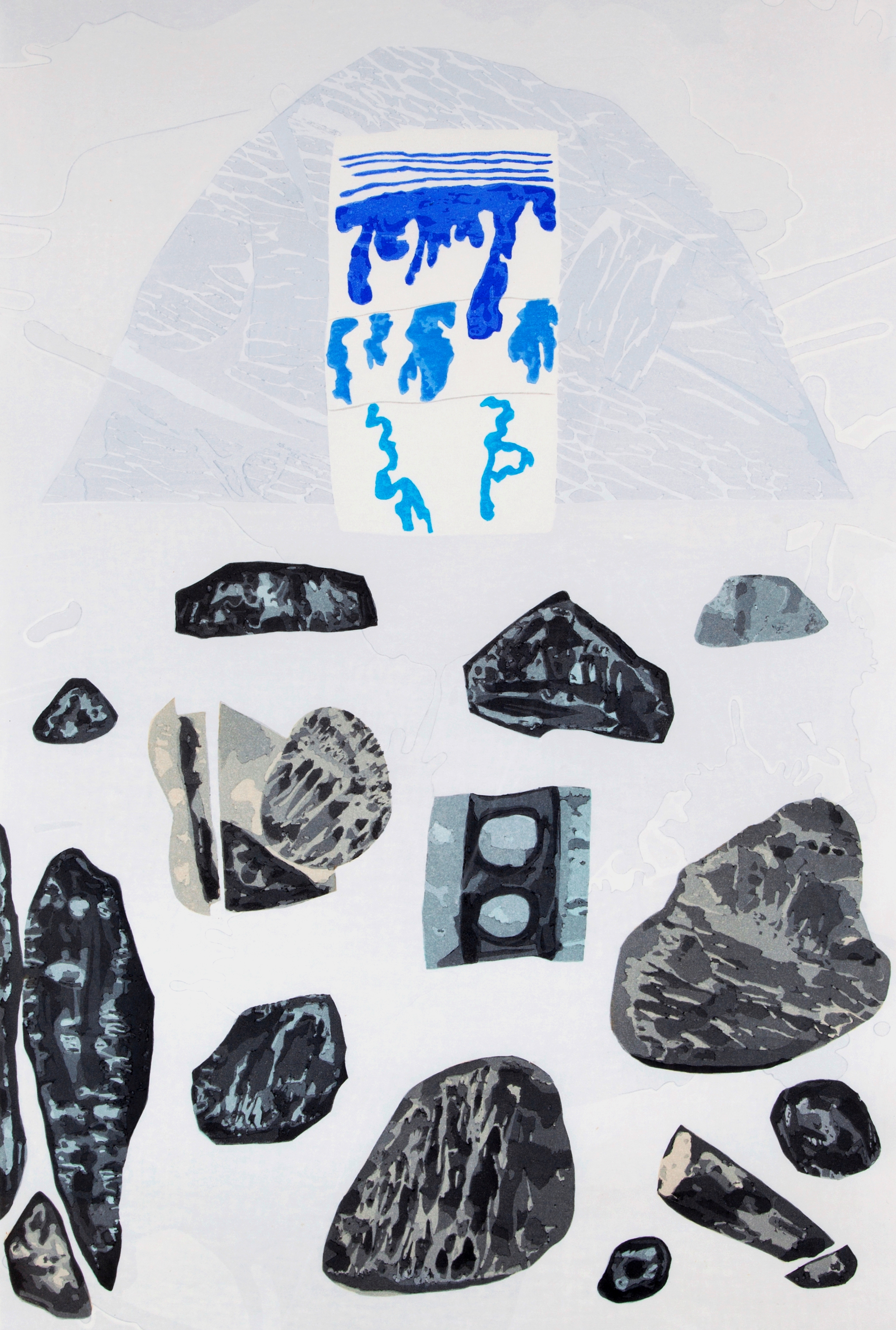 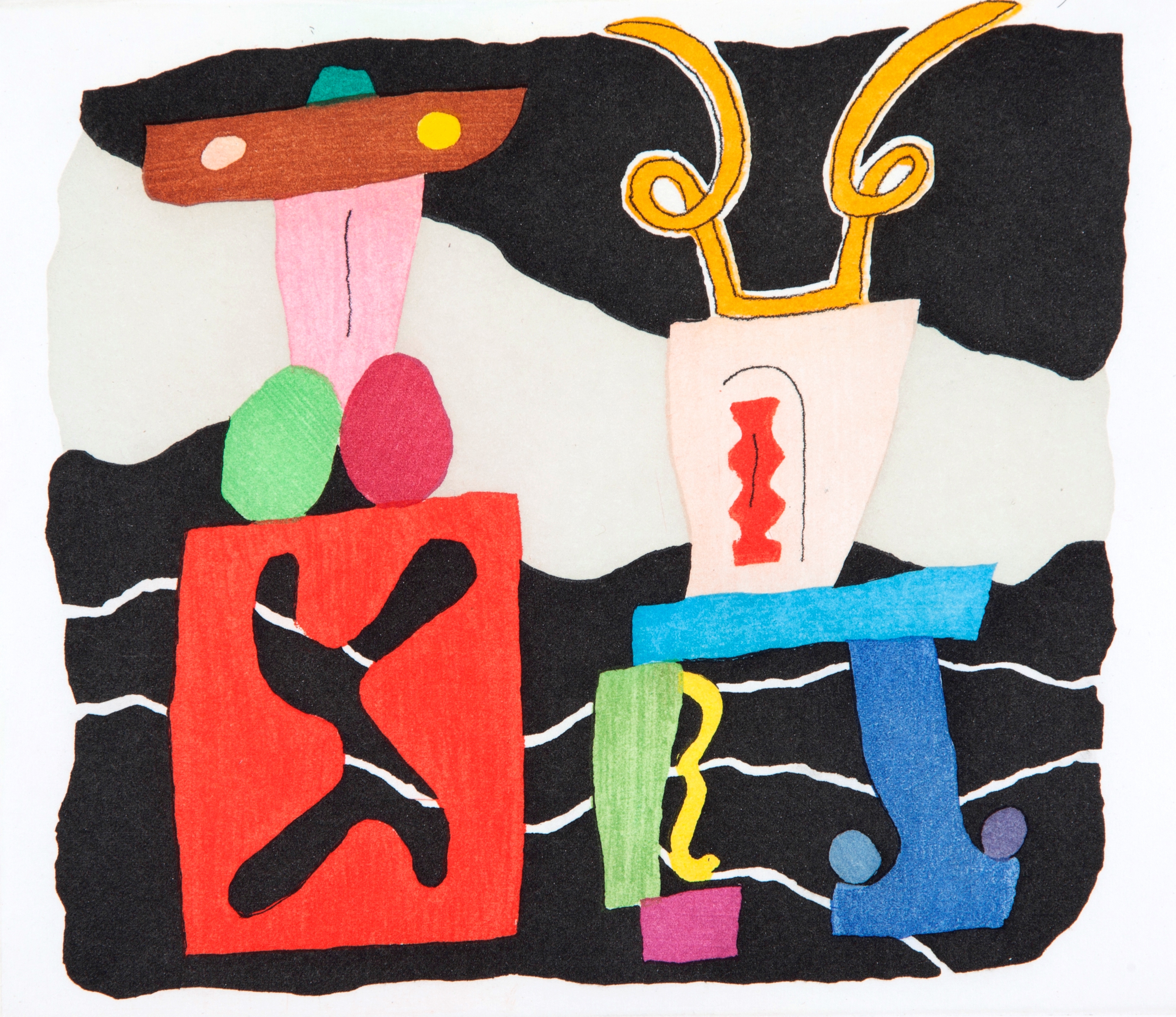 WB: I don’t know. I do think there is something about sensibility that is very different. Some time ago I had a catalogue printed in Japan which contained reproductions of my paintings. When I was color proofing, I found not imperfection but a difference of color perception. When I received the first proofs, my images had all in some subtle way been made Japanese.
CL: Is the print directly related to other work you were doing at the time?
WB: There is always a relationship in the continuity of the work. There are things that I did in the woodblock that are influencing me now. The work I am doing now does not look like the woodblock image but some considerations related to its making still interest me—surface and time.
CL: I guess that’s a better question. Are there things that happened during the making of the woodblock that had a lasting effect?
WB: Yes, in that the making of the woodblock involved reconsiderations and a renewed involvement in sculptural value and surface. Paintings that have sculptural value call to the experience of your fingertips, and you experience the tactility through your eyes even though you can’t literally feel it. One of the qualities I associate with Piero della Francesca, a loftiness and sense of grandeur, has in part to do with his ability to create the effect of monumentality. Sense of scale does not depend on proportional relationship of forms. In relief painting it also has to do with the way in which a surface is experienced. I experience Piero’s surface in small increments and very slowly. So one of the determinants of scale in his painting is time. How long it takes to get from one place to another. In Piero the pace is solemn and processional. It is beautiful to me. In my woodblock I think my elaboration of surface has in part to do with a quality of time.
CL: Certainly scale in Japan is very different from what we are used to.
WB: When you visit Japan you have the feeling that there are no exorbitances of space. If you have a multiple-use space, it has to be very flexible. Activities like sleeping, dressing, eating and meeting have to be separated from one another and require reorganization of the living space. In daily repetition they become ritual. Is there anything in Japan that is not ceremonious? I don’t think I ever visited a country that had a greater sense of aesthetic consciousness. In Japan, every function, every activity seems to involve aesthetic consideration.
CL: How would you compare the experience of making the woodblock with that of making the color etchings?
WB: Well, I make a distinction between Japanese woodblock and etching in that in the former, one starts with the artist’s drawing and then the carver cuts the blocks and the printer prints the image. In color etching all that is on the plate is put there by the hand of the artist. It’s true that it can be greatly altered by the mode in which it is printed. And at Crown Point I was very aware that a printer of considerable experience can bring everything out of the plate. But I find new possibilities to explore in each medium in which I work. Each of the five etchings I made at Crown Point focused on a particular aspect of the technical process and was determined by my conception of the image. I was not intensely involved with color mixture. In fact, one little patterned etching I made, Untitled #4, had to do with non-mixture. In that print, the color sections are isolated so that several colors are simultaneously applied to one plate.
CL: How many colors are in that print?
WB: It is a five plate etching with twenty colors, but not overlaid, only side-by-side.
CL: In etching it’s called a la poupee.
WB: Now in Untitled #5 (Ivory Field) and Untitled #1 (Grey Rock) there is some overlay of color, but not in Untitled #2 (Three Elements). The next time I make etchings I would like to see what the range of possibilities would be if I worked entirely on intermixture, since that is one of the things the medium allows.
CL: In other words, you would like to explore all the possibilities of the etching medium.
WB: Well, the more you get to understand the possibilities and limits of a medium, the more you can do with it. In my work the requirements of imagery direct me in respect to the medium. It is always easier to talk about formal things than the more ephemeral aspects of “presence” as it relates to expression.
CL: For example?
WB: I remember reading about the study of brush drawing in Asian art. First the student is exposed to tradition in making copies of brush drawing. After he has attained a certain degree of skill he is permitted to work directly from nature. His rendering of a bamboo shoot is prescribed in technique and expressive intention. He has to make something comparable in respect to precedent, yet unique, something that is his and adds to the tradition. In reading this I thought certainly all this prescription must stifle expression, but then it was stated that if his drawing of a bamboo shoot lacked “cloud longing”—he had done nothing.
CL: So the presence of “cloud longing” had to do with the spirit of his expression.
WB: Yes, and we can trace the evolution of an artist’s expression. I believe the artist’s spirit is experienced as “presence.” It can be felt throughout an artist’s work. It is cumulative and is revealed, just as a person’s character is revealed throughout a lifetime. We recognize that the artist’s spirit is of inner necessity, integral to his work and in retrospect, we sense in it an irrevocability.