4 of 6
JK: Why was that? Because dealers change the market? Or the financial rug gets pulled out? Or is it realized that it takes more time for values to be revealed?
WB: I imagine the answer to that is enormously complex, and hardly limited to art.
JK: Let’s return to the phases of Brice’s career then. When you came back from Europe in 1958 you began these drawings of figures that were unclothed. Also you were not doing landscapes but interiors.
WB: I think the interior permitted me to emphasize an intimacy in relation to the figure, a contained environment. Increasingly those drawings were dictated by a condition of emotion, of feeling.
JK: Was it an intense emotion per se, or a feeling about your relation to the subject itself?
WB: There have been many formal possibilities that interested me, but there seems to have been a continuity of state of mind, and in respect to this, it was the attitudes or gestures of the figure that concerned me most.

JK: Here’s where we get onto a very big topic with Brice, I think especially in the work since 1960! I take it for granted that artists always are saying something more than what technically concerns them; that they are uttering some message about the world as well as about the medium they are using, the history of their time and their relation to art, past and present. There is nevertheless that personal equation. For instance, you took the unclothed figures out of the context of an interior and you put them in various attitudes, into a landscape again in the early 60’s. Things you’d left were coming together again.
WB: Yes, about 1962, 1963 there were combined male and female figures in contexts suggesting landscape –
JK: Figures in violent intimacy. 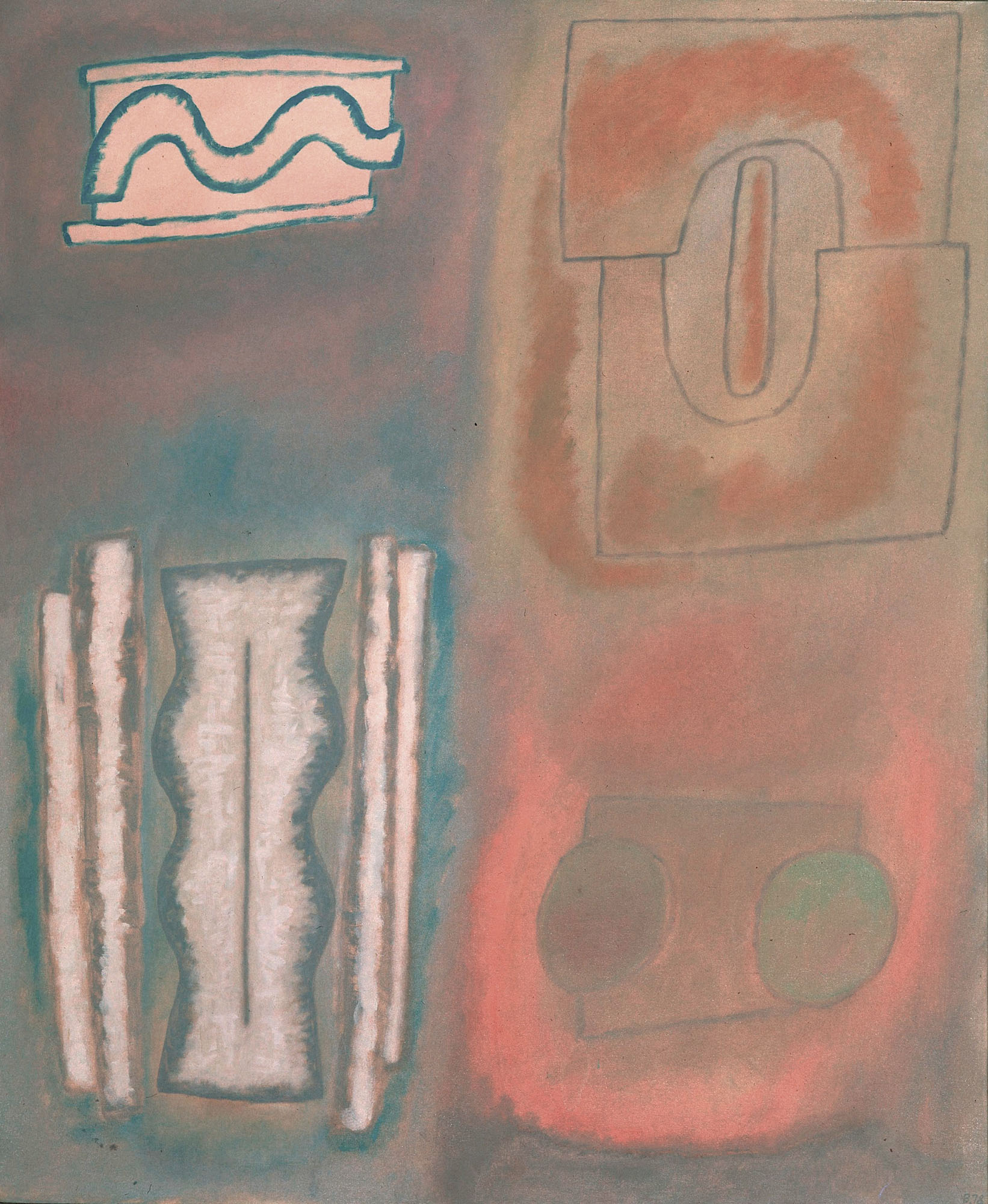 JK: And then until the two exhibitions of 1978, the large one at the LAICA, and the simultaneous exhibition of paintings and drawings at the Nicholas Wilder Gallery, in October and November, there is about a ten-year gap, after the book of drawings, that reveals these figures and landscape motifs beginning to look different from what you’d done in the first 20 years.
WB: About those figures. The earlier works involving figure and landscape were homogeneous – local color and substance were both reference and interest. Then in the mid-Sixties the figures were simplified somewhat and the landscapes or references to landscape became even more simplified. In 1968 there was an exhibition of the figures in landscape at the Felix Landau Gallery in Los Angeles. Those paintings were by then governed essentially by a mood or emotion. The trees had become cylinders, the streams serpentine paths with reflective surfaces.
JK: From a literary point of view one could say that these recurrent objects in these landscapes had become fetishes at first, then were further abstracted. They were objects indelibly there in the paintings, but had also become symbols manipulable by Brice to express certain emotions. It was no longer that the landscape elicits the emotion, but that you’d taken those landscapes and forms into yourself in such a way you could place and replace them however you liked.
WB: Yes and the intervals between the forms became increasingly important to me. At that time I had made many pastel notations directly from landscape, and they were drawings made at the edge of streams, studies of trees and branches. But the colors had changed completely: they were not limited to local identification. 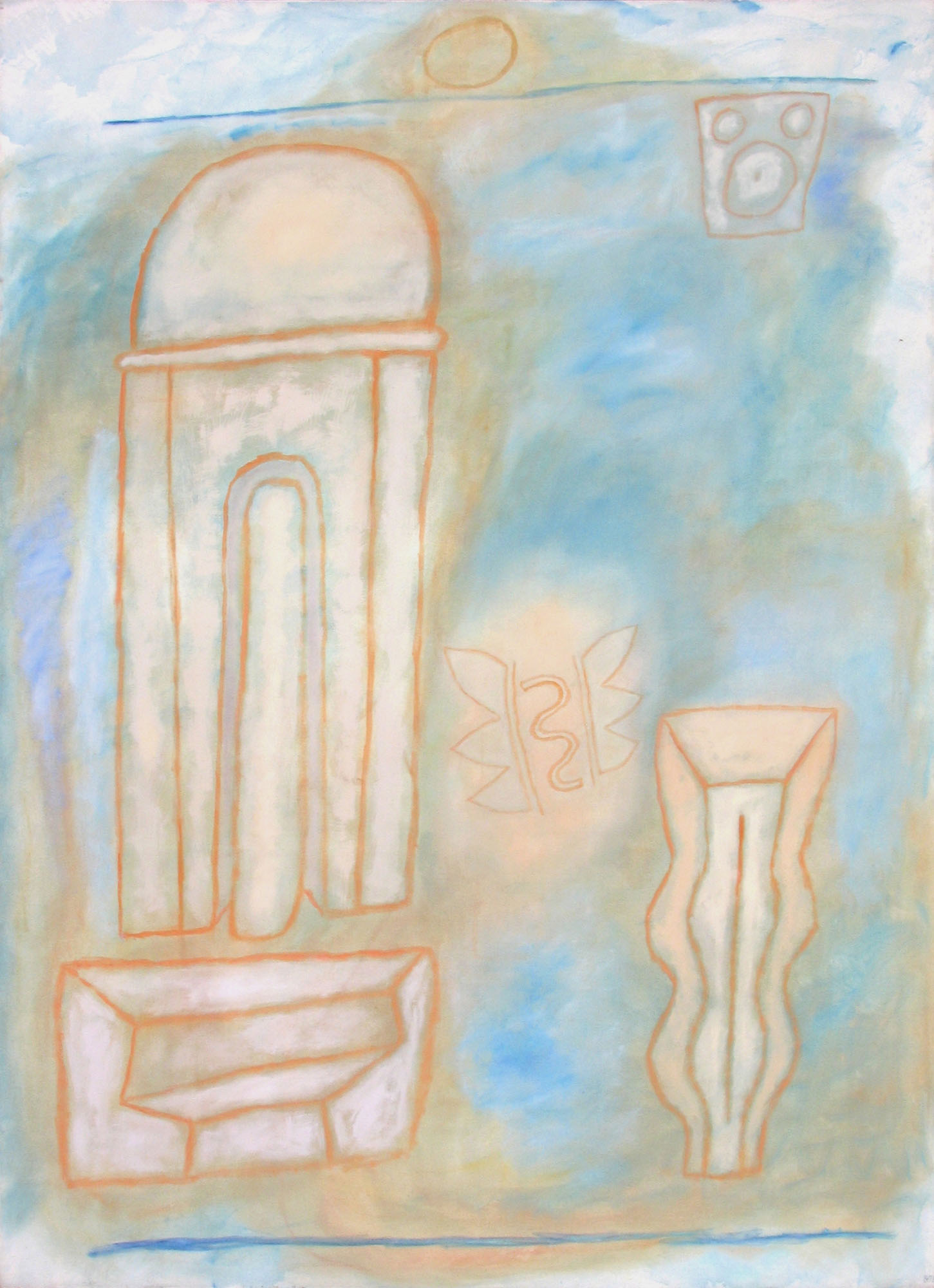 WB: Essentially expressive, I think.
JK: Personal and not systematically keyed.
WB: I think they were dictated by a state of mind.
JK: Personal psychology, not psychology with a capital P.
WB: I would think so. What came along, and it is increasingly present in the current work, is the transformative. The images were being reduced to fragments.
JK: A form of shorthand?
WB: I would say a distillation.